This game is what software developer, iSoftBet, calls a classic slot. In a sense, the statement holds some truth. Still, as the name suggests, the opportunity to win up to one million coins in this game adds a little extra spice to proceedings.

Want to play for real money? You can try the game at NetBet Casino, which is our top choice for October 2021. 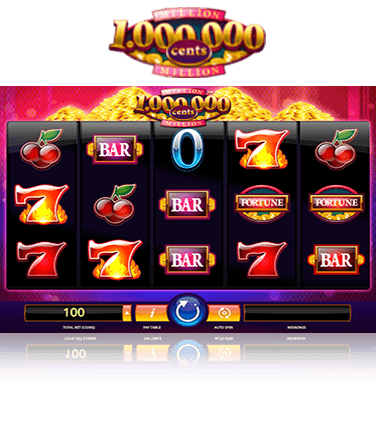 The game is played over 20 paylines and features flexible coin and bet per line values. The result of all this tweaking means that players have a lot of control over how much they would like to spend on each spin. You will have to play all 20 lines though, making the minimum bet 20p. The key to landing the big money here is getting the right combination of 10s, 0s and 00s. Land a 10, three 0s and a 00 in that order, and you’ll trigger the maximum prize of one million coins. You can only trigger the main jackpot by landing the correct symbols on line one. Hitting 10-0-0-0-00 on any other pay line only pays 100,000 coins. The exact odds of a million-coin payout are not published, but it is safe to assume that it is pretty ruddy slim. The only other thing to touch on here is that the wild symbols can replace anything except for 10, 0 and 00, so you can’t land the top jackpot with wilds either.

See the Game in Action Here

Developer iSoftBet also makes a slot game called Million Coins Respin. It pre-dates the Million Cents HD slot but is actually, in my opinion, a more interesting game. On the surface, the two games look identical until you get into the gameplay. What makes ‘Coins’ different from ‘Cents’ is the ability to spin single reels of your choosing. After each spin you are quoted a price for spinning each reel, depending on the likelihood that a shuffle of the symbols will result in a winning payline. You can continue playing in this way, spinning one reel at a time, for as long as you want. It’s all rather exciting.

Conclusion – A Retro Slot That Falls a Bit Short

Whilst this game is a streamlined, prettier version of its older brother, it does feel somewhat dumbed down compared to ‘Coins’ in terms of gameplay. The excitement for the potential of a million-coin payout soon wears off once you realise the likelihood of such an event ever happening, and there’s just not enough left over to keep serious slots players interested in this one really. Still, if you’re looking for a simple online slot in a classic fruit machine style, then this could be what you’ve been looking for. Maybe you’ve already cracked the 1,000,000 jackpot? If so, let me know in the comments section below.