Britain’s General Elections to Be Announced during…You bet it!

Not only the Brexit has occupied the minds of Europeans and neighbours, but the British themselves are willing to gamble on their own misfortunes. Or, perhaps, fortunes for other innovative Brits. Paddy Power, William Hill, BetVictor, Ladbrokes and Betway are among the bookmakers who have taken the opportunity on making some profits before the final verdict of the British Parliament. And returns are just so small and secure for some options that there must be a natural force coming soon and hitting the whole Britain for someone to stop the steps that are going to be resulting the Brexit and the UK General Elections in May. 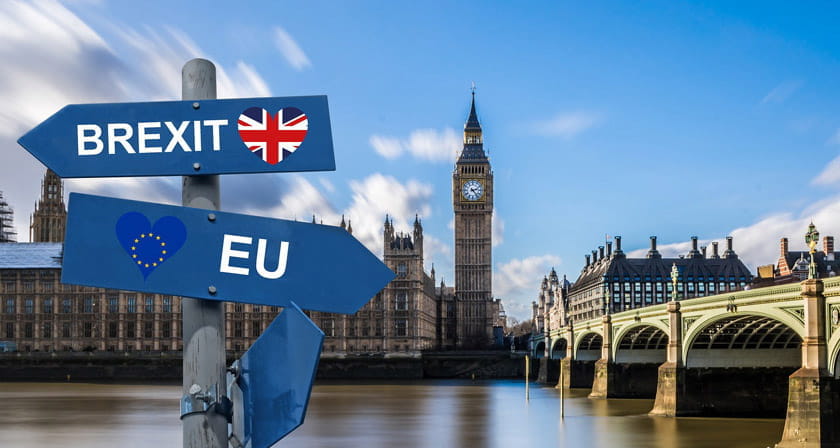 The After-Brexit Odds that You Do Not Want to Miss!

Ah, Brits are a well-renowned nation for its gambling habits. We gamble on sports, horse racing, on lucky tickets from the lotto, video games and many more. Apparently, the habit of gambling is so wide-spread that we even bet on our own politics. Conceivably, politicians have also had a guess about the Brexit and tossed a coin. Or, is it the way they take all their essential decisions? Nonetheless, savvy casinos and turf accountants have grasped the opportunity to introduce a new category in-between the usual sports and MMA betting. Some casino operators have directly addressed the issue ‘Brexit’ while others have been more considered and applied the term ‘Politics’.

And here is all the hype. So, political odds are distributed in a few categories with their consecutive probabilities. If we arrange the events by the date of occurrence, we need to begin with the Brexit poll. And I should say some proposals are hilarious. For instance, ‘Will the UK government announce food rationing?’, the betting odds in Paddy Power are 12 to 1. Well, it’s profoundly unlikely to happen. But if it does you would be the lucky winner. For each £1 bet, you would earn £25 as net gains. Yet what a stroke of luck that would be, if there is nothing to buy in the store! 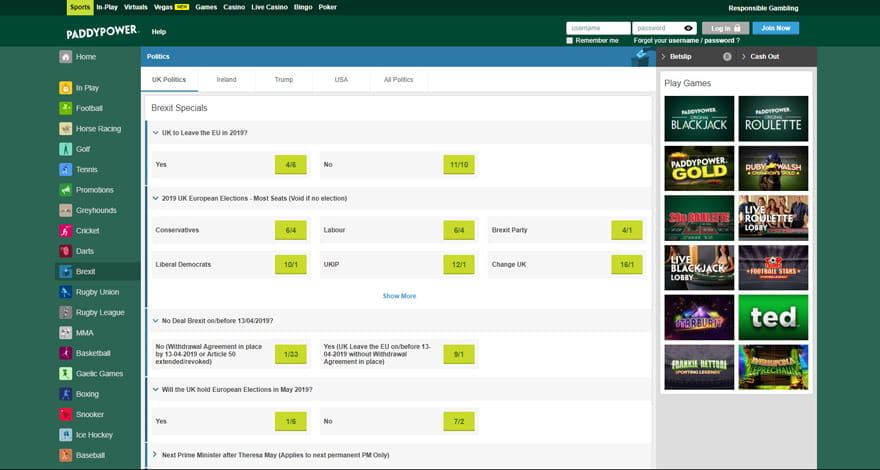 But, let’s follow back on past times. The entire exit process started two years ago when government officials called for Article 50 of the Lisbon Treaty, forming the constitutional basis of the EU. Two years later, Britain was supposed to leave the EU on the 29th of March 2019. However, it seems like someone in the parliament has got cold feet and the withdraw has been rejected 3 times so far as UK officials cannot find common ground.

Therefore, the new exit date has been extended to the 12th of April. Thus, bookmakers have given gamblers the following betting alternatives for the day after the upcoming Brexit – the UK leaves with a Deal, the UK leaves with a No Deal, Article 50 extended –a new leave date set up which according to the words of Theresa May would be 30th of June (New Update: Obviously, she got the extension until October, so everything is possible) and Article 50 revoked – a slight optimism that after all that British theatre, the UK would remain in the EU. Ha, funny, isn’t it? The political divorces, though! What a thing they are! The following odds are delivered by William Hill casino.

What Would Be the Status of the UK on the 13th of April?

Although, odds may vary among various bookies, here is the outcome of the first set of grave question. Bets are all single.

When Will the General Election Come to Turn in the UK?

Which Will Be the Ruling Party after the General Elections Poll?

Making Up Your Mind about Political Odds

Should you think differently, you are free to make your bets and anticipate the best. On the other hand, start saving some cash as you never know what the future may hold after the official Brexit date.