Feeling nostalgic for the good old times when slots were simple, mechanical beings that dispensed gum? Hey, I won’t judge, and neither will Microgaming, since they made a slot just for you!

You can play this slot for real money at Guts Casino, where you can snag the awesome bonus for October 2020! 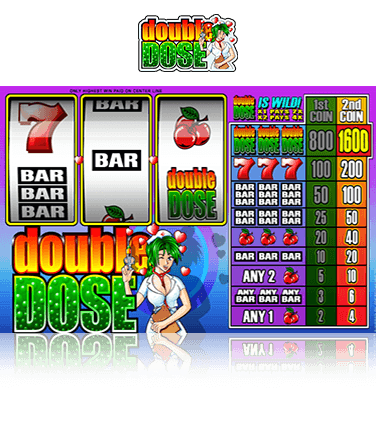 The thing is, Microgaming haven’t exactly been shy about making fruit machines. They’ve released quite a few of them over the years, and for the most part, if you’ve played one you’ve played them all. As a matter of fact, it’s a bit hard for me to talk about it, since there’s just not a whole lot of new stuff added to shake up the classic formula. But then again, it doesn’t need to, and what it does is juuuuuust enough to make sure that the fruit machine isn’t completely bland. You can choose to bet either one or two coins at a time, with the prices increasing appropriately. In addition to that, there’s also the addition of a Wild symbol, which not only substitutes for any of the symbols, but also multiplies the winnings you would’ve gotten. The multiplier increases depending on how many Wild symbols you get in a row (and, of course, on whether you’ve bet two coins or just one), and if you manage to somehow snag three Wilds in a row, you can grab the fruit machine’s best reward.

This slot won’t appeal to everyone. I mean, no slot will appeal to everyone, but fruit machines in particular tend to reside in a very particular niche. They don’t feature flashy visuals, bonus games, free spins or huge jackpots, but they’re a nice throwback to the days of old. Let’s face it, some people just aren’t into modern videoslots. They may be in the minority, sure, but bonus games, animations and jackpots just aren’t their forte. And that’s perfectly fine! That’s who “Double Dose” is meant for, and that’s the people who will enjoy it most. It’s not bad, just very particular. With that said, though, while it does fill this niche quite nicely, the slot lacks quite a lot of the features that the majority of players have come to expect, and while it has a low entry fee, its rewards aren’t anything special either, so it’s easy to consider it a waste of time. Feel free to check it out, but don’t expect a revolution.