Path of the Penguin – March of the Mediocre

You know that really famous documentary, “March of the Emperors”? Well, someone at Microgaming apparently thought that it was a kung-fu flick, and made a matching slot. How did it turn out though?

If you’d like to walk the path of the penguin, make sure to get 32Red Casino’s offer for January 2021! 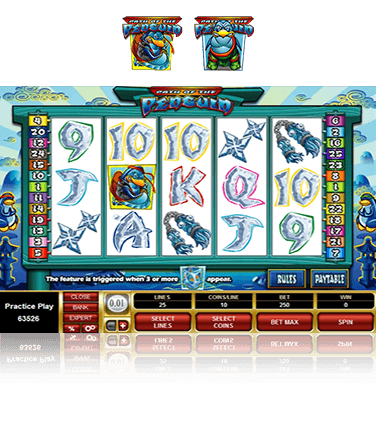 Real Money Casinos with Path of the Penguin

The most important thing that I need to point out about the slot is that, despite the ridiculous premise, there’s actual effort put into it. The problem, and what ultimately holds it back, is that the effort just isn’t enough. Like, for example, there’s an actual intro cinematic to set up the plot and characters… And it looks like it was animated by a high schooler, with narration from the first British guy they got off the street. This hilariously bad intro may seem inconsequential, but it’s the first sign of trouble brewing on the horizon. A really neat idea is that, when you activate the bonus by netting three scatter symbols, you get both a bonus game where you need to break ice cubes to reveal prizes AND some free spins immediately afterwards. That sounds like a brilliant idea… Except, because it’s technically two bonuses rolled up into one, you’re twice as unlikely to get it, so good luck with that. And the rest of the slot is just boring, with choppy animations, generic music and visuals that look more ridiculous that appealing.

When you really boil down to it, “Path of the Penguin” tries way too hard to be cute and interesting (and failing) and not enough to be an actual decent slot (and thus failing that too). It’s got fun ideas, but it never really manages to capitalize on them to the best of its ability. I’d genuinely love to see more slots that try this sort of thing, that have a narrative and a quirky intro, that are crazy and out there while actually being fun and aesthetically pleasing, bonus games that are interesting to play and reward you handsomely… Just done better. It’s funny how all of the ingredients for a breakout hit were there, but they were misused so poorly. It’s like having a fruit salad, but you also put tomatoes and white cheese, and half the fruits are rotten. My only hope is that developers will see this and learn from it, giving us better, more interesting slots in the future. As for “Path of the Penguin”, I’m afraid that one’s better off left in the dust.