A Brief History of the Slot Machine – Origins and Development

Slots are the most popular of all casino games. Whether you play online or in a land-based casino, there are tons of exciting games to choose from. If you enjoy playing slots, have you ever wondered just how slot machines came into existence? Probably not, yet they have a rich history, with the first slot dating back over a hundred years! 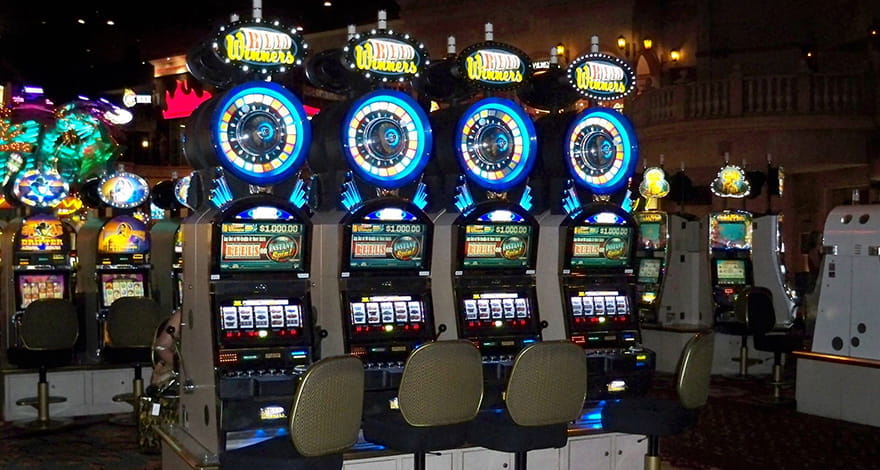 Throughout the decades, advances in technology have lead to an evolution of the games. In this article, I’ll take you through the journey of slot machines, from their origins to the exciting games we know today.

Sittman and Pitt – The Predecessor of the Slot Machine

In 1891, the New York based company Sittman and Pitt developed a card machine, which many consider to be a precursor to the first true slot machine. The machine was based on poker, using 50 card faces. The 10 of spades and the jack of hearts were typically removed from the deck, reducing the chances of a royal flush, increasing the house edge. The machine had 5 drums and it cost a nickel for a spin. Players would pull a lever to spin the drums and wins were awarded for lining up various poker hands. The game became hugely popular and could be found in many bars throughout the city. The Sittman and Pitt machine had no direct payout mechanism, and as such, prizes were determined by the establishment where the game was played. Typically prizes included free beers or cigars depending on the winning hand. 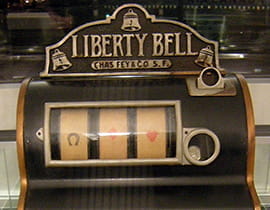 Around 1895, the first true slot machine was created by Charles Fey, a car mechanic from San Francisco. Fey simplified the layout of the machine, reducing it to just 3 drums. The real breakthrough with Fey’s design was the possibility of automatic payouts for winning symbol combinations. The many cards of the Sittman and Pitt machine were replaced with just 5 symbols; diamonds, hearts, spades, horseshoes and a liberty bell. This made it easier to identify wins and make the automatic payouts. A combination of 3 cracked liberty bells provided the highest payout, and consequently gave the slot machine its name.

Operators Bell – The Birth of the Fruit Machine

Demand for Fey’s slot machine was huge and as such, another developer entered the market with his own take on the popular gaming machine. Herbert Mills, a Chicago based manufacturer released his first slot machine, called the Operators Bell in 1907. This machine saw the introduction of fruit symbols, such as watermelons and cherries, which are still commonly found in classic slot machines. Owing to prohibition and gambling laws, slot machines could no longer pay out cash prizes. As such, many would pay out chewing gumballs and candies, typically relating to the winning fruit symbols. It was during this time that the BAR symbol was also introduced to the reels, which was the logo of the Bell-Fruit gum company. 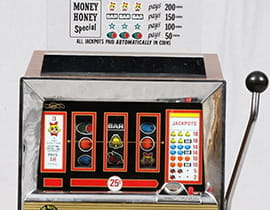 Slot machines remained popular throughout the years, with many manufacturers creating machines which could be found in bars, tobacconists and casinos. Yet the next major development in the evolution of slot machines can be pinpointed to 1963. It was then that the gaming machine manufacturer Bally released the first fully electromechanical slot machine. The Money Honey had an innovative new feature, a bottomless hopper. This enabled automatic payouts of up to 500 coins. This new type of slot machine did not need a lever to play, and as new electromechanical slots were created, the familiar lever was replaced with buttons.

In 1976, the first true video slot was released. It was created by the California based manufacturer, Fortune Coin Co. In a distinct change to the traditional set-up, a modified 19-inch Sony television screen was used for the display and logic boards were used for all the slot machine functions. The Fortune Coin was mounted in a full-sized slot machine cabinet and trialled at the Las Vegas Hilton hotel. The Nevada State Gambling Commission insisted upon numerous modifications of the original game to prevent cheating. It was then rolled out across the infamous Las Vegas strip where it gained huge popularity. In 1978, IGT acquired the Fortune Coin company and its video slot technology.

In the mid 1990’s, the boom of the internet led to the launch of the first online casinos. This led to a significant advancement in terms of slot machines. Very soon, slots dominated the game selection at online casinos and became the most popular choice for casino players. Nowadays, you can choose from hundreds of online slot machines. They boast a diverse range of themes and cutting-edge graphical and sound quality. Progressive jackpot slots pool together wagers on selected games across all casinos, providing the potential for life-changing prizes. Technological advancements mean there are many imaginative bonus rounds and innovative features as well as unusual and unconventional configurations. You can see some of the most popular innovative online slots below.

Mobile Slots – Gaming on the Go

Given the ever-increasing popularity of mobile gaming, producers of casino games have invested significantly in the development of mobile friendly slots in recent years. Many popular online slots have been optimised for mobile play, for an intuitive and engaging playing experience on the smaller display of a mobile phone or smartphone. By developing slots using HTML5 technology, mobile slots have a responsive design and are compatible with most modern devices running on iOS or Android operating systems. New slots are regularly released by game developers, with the majority simultaneously released for both mobile and desktop gaming.