This is a modern three-reel video slot with a rock soundtrack that wishes it were from the 1980s. It has a few fancy features, but it seems to deliberately put the brakes on when it could have been so much more. It might appeal to the retro crowd, fans of disused gas stations and utter desolation. If you want something gaudy and ostentatious, bursting with originality, then you might want to look elsewhere. The best approach would be to try out our free demo below and make up your own mind.

You can play for real money at Casumo Casino, a casino funfest, and a good option for October 2021. 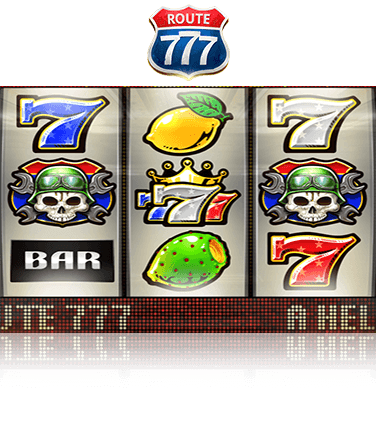 Here’s the Rules and Features

Upon loading the game, you are greeted with some excellent, high-quality graphics and a scene depicting a road scything through the famous Monument Valley – a red landscape punctuated by perky peaks. The game’s logo smoothly wrestles itself from nothingness into the well-drawn sky, and the scene is set. Except, it turns out to be a false dawn. Just as you begin to anticipate the wonders of this fancy-looking beast, and as you begin to fantasise about the ultimate video slots experience, your hopes are cruelly shattered. Like a bathtub of broken dreams crashing down through the ceiling onto Christmas dinner below, parsnips and pigs in blankets flying everywhere, the three-reels of destiny inelegantly plop into place, shunning the wild western scene in virtual nothingness. Like standing behind a seven-foot-tall guy with an afro at a rock concert, you strain to see what you once saw; your once majestic viewpoint, dilapidated. The stage is set. Time has slapped back 30 years and you’ve entered Simple Slotsville, an 8-bit village in Meagerland. The game’s three-by-three play area is furnished with familiar fruits, a bunch of 7s (topical!), and skulls of deceased mechanics, fallen brothers of the Route 777. Notching three skulls unlocks a bonus game with five free spins, and if you get two more in said bonus game, you can get up to 15 free spins more. Three skulls in unleashes the Fortune Wheel bonus in which the reels keep spinning until three identical 7s have been collected or the stop sign hit. There are 17 paylines in total, and the upper betting limit is positively problem gambler-friendly at 100 coins.

Conclusion – Middle of the Road Mediocrity

Experiencing Route 777 is like being a kid who cheekily sneaks a peek in Dad’s wallet and sees a ticket to Disneyland, only to later discover it was a speeding ticket obtained in Dasneylond, Cambridgeshire. It promises much and then takes it all away, leaving you with a hollow feeling to rival a polar bear’s stomach after hibernation. It has a few redeeming points, such as free spins and a neat bonus game, but the faux antiquity isn’t fooling anyone. Once you’ve given up googling Dasneylond, give the game a go and let us know what you think using the comments box below.