Excitement builds as you walk up to the stadium. The crowd is abuzz with anticipation of tonight’s European Cup final. This football-themed slot from ELK Studios turns its camera away from the divas on the pitch to focus on the drama unfolding in the stands. Win big as supporters duke it out with flares, tifos, and wilds. As with any derby, victory can bring euphoric highs. Try a free demo below.

If this game left you wanting to see a replay, you can play for real money at 888casino, the top casino for July 2021. 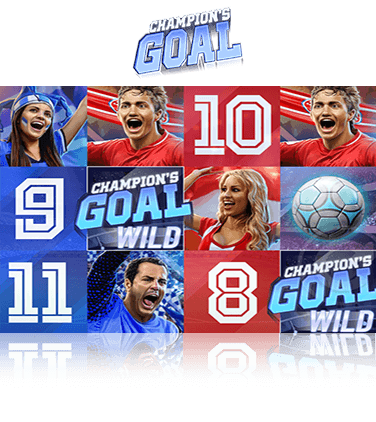 Elk Studios has released a unique football themed slot, that turns its attention away from the pitch, and onto the people who make professional football possible: the fans. The game has five reels and 20 paylines that pay both ways. To emphasise the competitive theme, it lines up blue fans against red fans. Blue symbols pay from left to right, and red pay from right to left. This is a unique feature we have not seen in many slots, and really drives home the competitive nature of the beautiful game. Symbols comprise of numbers, red and blue fans, flares and hooligans. The game has a wild that substitutes all symbols except the ball, trophy or referee. The football activates a “free kick,” which clears all symbols in a row. The following win is multiplied by five.

There are two bonus games. The first one is known as the derby game, which is activated if you spin three trophies. The bonus round awards seven free spins and ends when the football match is complete (after seven spins). If you spin a trophy during the game, stoppage time is added (free spin). You can get up to three extra spins during the bonus round. The referee symbol triggers the sticky corner, which awards one free spin with a wild in each corner. After the final whistle, players get one more chance for eternal glory by scoring the champion’s goal. An additional bonus game is activated if blue symbols fill reels one to three, or if red symbols fill reels three to five. This activates the cascading TIFO round with three free spins and possibilities to win big.

Watch a Video of the Slot Below

Conclusion – He Shoots, He Scores

Champion’s Goal is an exciting game, with numerous electrifying bonus games. Released right before the 2014 World Cup, the slot makes for a perfect companion during times of football fever. Its high volatility and RTP of 95.70% help simulate the intensity of a football match. One criticism that can be lobbed at the game regards its music. Like a child screaming in your ear, the tacky club music that accompanies this game really pulls you away from the action. It seems more fitting for DJ Wild, another option from ELK Studios. This sporty slot was one of the first released by this developer, and it shows. Although its execution is as clinical as that of the German National Team, the game feels out of place with the rest of the developer’s catalogue of rich characters. Perhaps it was because the Swedish studio had not yet developed its voice. Nevertheless, this slot is a winner for any football fan. Did you like it? Let us know in the comment section below.