Wild Toro – This Time, the Bull is the Bully

If you’re like most of the world, you have probably grown tired of watching bulls get slaughtered in Spanish arenas. Luckily, this 2017 EGR Operator Awards Game of the Year Winner is the perfect slot for the animal lover in you. Watch as the wild bull makes Diaz Jr. wish he had listened to his taco thieving father (The Villain in ELK Studio’s Taco Brothers Slot) when he told his son to follow in the family’s dictatorial footsteps. Scroll down the page to find a free demo.

If the thrill of the fight is what you’re after, then you can play for real money at Casumo Casino, the top casino for October 2021. 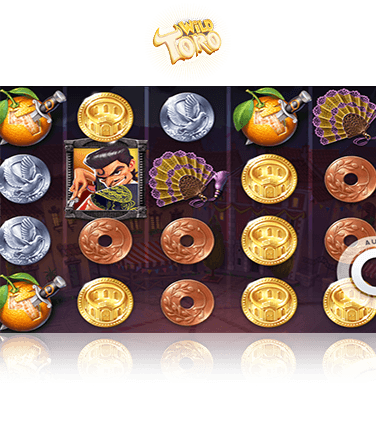 Wild Toro is an award winning four row, five reel slot, that has 178 connecting paylines. The game lacks the usual intro that we are accustomed to when playing an ELK Studios title. However, more than makes up for it with dazzlingly animated symbols, and a bonus game that will have Diaz Jr. wishing that he had sidestepped his terrible career decision. The game features a wild that substitutes for all symbols except the bull and the matador. Winning lines with only wilds pay as the highest symbol. The games other symbols are coins, a rose, a fan, and an orange that has the shape of a bull head. Impaled through innocent fruit is Diaz Jr.’s knife. Seriously… this guy has unresolved issues that we are sure have something to do with his relationship to Diaz Sr. The aptly named bonus game is activated if you spin three matador symbols. In the bonus game, the bull becomes a walking wild who moves from left to right. The game ends when the bull reaches the red banner. If Diaz appears during the bonus game, the walking wild attacks him by moving both vertically and horizontally. As the bull moves, he leaves a trail of wilds behind him. The more matador symbols you spin, the longer the bonus game lasts, and the more wilds get flung across the game matrix. If you can somehow manage to get two bulls on the screen at the same time, you’ll send Diaz Jr. running as if he was in the streets of Pamplona.

Feast Your Eyes on a Video Preview Below

With an RTP of 96.4%, beautifully animated symbols, and a theme to match, it is no surprise that Wild Toro won Game of the Year in 2017. ELK Studios has produced a game that will entertain both those who are for and against bullfighting. We had a great time playing this game because it has simple rules, but an entertaining enough theme. We also enjoy the tiny universe that this developer seems to be building through subtle connections between their slot games (see Taco Brothers). This humorous title doesn’t have the best soundtrack, but honestly…what slots do? With a chance to win up to 225,000 coins, there is not doubt that most players will enjoy this light-hearted take on a controversial tradition. Do you feel that this game is worth the praise thrust upon it? Let us know in the comments section below.