This video slot from Microgaming takes you on an expedition through the ancient Egyptian Empire. Let the Pharaoh be your desert master! Play a demo version of this game for free right here.

Ready to play for real money? Then check out Guts Casino, our top pick for April 2020. 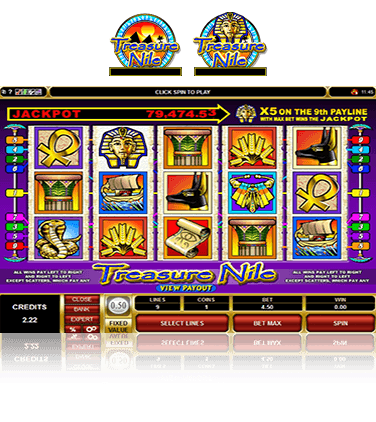 The thing is, the Egyptian Empire lasted for thousands of years, practically undisturbed. Most of its contemporaries fell under its mighty boot, but Egypt was like “Nah, we’re rich, so we’re good to go”. And, spoiler alert, it turns out they really weren’t good to go at all, and the far more modern and flexible (for their time) empires gradually blew Egypt to pieces. And I couldn’t come up with a better metaphor for this Egyptian themed slot if I tried. It’s got a relatively big progressive jackpot. If you hit it, you won’t be anywhere close to being set for life, but it’s a decent sum. With that said, the slot has absolutely nothing else going for it. It’s got no bonus games, no free spins, no gamble feature, no multipliers, nothing. It doesn’t even have the basic things that one would expect from even the simplest slot, like changing the value of coins or a practice mode! All you can do is keep spinning some very mediocre-looking reels and hope for the jackpot.

Conclusion – Best Left In The Dust of the Desert

When creating this slot, Microgaming assumed that they could get away with anything just because they had a progressive jackpot. But the thing is, that’s not how it works at all. It might have worked ten years ago, back when jackpots were all the rage, but people quite rightfully expect a lot more than that today, especially since now we’ve got other slots that have both really cool jackpots AND tons of special features. The fact that you can’t do something as simple as change the value of the coins is inexcusable, and should not be tolerated. If you’re the type of person who genuinely doesn’t care at all about anything else other than a moderately decent jackpot, this may be for you. Literally anyone else should probably let it be buried in the sand, just like the Egyptian Empire.